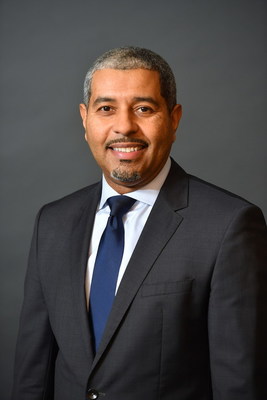 BOSTON, Nov. 10, 2021 /PRNewswire/ -- Manny Lopes has joined Blue Cross Blue Shield of Massachusetts (Blue Cross) as executive vice president of public markets and government relations. Prior to joining Blue Cross, Lopes served as president and chief executive officer of East Boston Neighborhood Health Center (EBNHC), the largest community health center in Massachusetts and one of the largest in the country. There he held a variety of positions including leadership roles in IT, human resources, and operations before becoming president and CEO. Lopes also served on the Blue Cross board of directors from 2017 until joining the company's leadership team.

In his new role, Lopes has overall responsibility for Medicare as well as government and regulatory affairs.

"Manny is a seasoned leader who's highly respected in our community," said Blue Cross President and CEO Andrew Dreyfus. "His demonstrated leadership and decades-long commitment to bettering health outcomes for the most vulnerable will be an asset as we continue to push forward with our work to address health inequities."

Lopes has a long history of developing innovative programs that improve health care quality, access and equity. Under his leadership, EBNHC grew dramatically, increasing the number of patients served by nearly 40% and adding two state-of-the-art facilities.

He is the co-founder of  the Community Care Collaborative (C3), the only ACO in the state created and governed by health centers and exclusively focused on advancing community-based care for MassHealth members. Lopes also co-founded Advocates for Community Health, a national advocacy organization for innovative health centers focused on equity and impact.

"I'm excited to join the Blue Cross leadership team at such a pivotal time," said Lopes. "The team has been working hard to close the gaps that exist as a result of health inequities, and I'm hopeful that in this new role, I can complement that work by bringing perspective from my many years at EBNHC."

Lopes serves on a number of health care and government boards and committees. He is chair of the Boston Public Health Commission Board; is a member of the Massachusetts League of Community Health Centers Executive Board; Boston Medical Center's Board of Trustees; The Commonwealth's Health Information Technology Council; and the My Brother's Keeper Boston Advisory Committee.

He received his Master of Business Administration from Northeastern University's Graduate School of Business.

About Blue Cross Blue Shield of Massachusetts
Blue Cross Blue Shield of Massachusetts (bluecrossma.org) is a community-focused, tax-paying, not-for-profit health plan headquartered in Boston. We are committed to the relentless pursuit of quality, affordable and equitable health care with an unparalleled consumer experience. Consistent with our promise to always put our members first, we are rated among the nation's best health plans for member satisfaction and quality. Connect with us on Facebook, Twitter, YouTube, and LinkedIn.