BOSTON, July 17, 2019 /PRNewswire/ -- Blue Cross Blue Shield of Massachusetts' Alternative Quality Contract slowed the rate of medical spending growth by up to 12% while improving patient care over the course of eight years, Harvard Medical School researchers report in a landmark study published today in the New England Journal of Medicine. The study compared patients covered under the AQC to comparable populations within a traditional fee-for-service model. The AQC is one the largest and longest-running private payment innovations in the country. 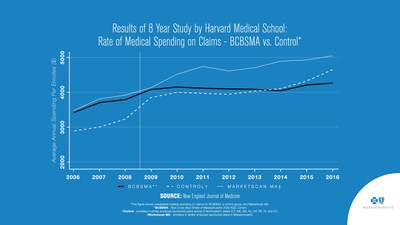 The Harvard Medical School study found the original 2009 AQC physician groups yielded average savings on claims costs over eight years, from 2009 through 2016, with savings accelerating over time. The average annual claims by patients with doctors in the AQC were $461 less than those of the control group, an average claims savings of 11.7% per patient. Physician practices that entered the AQC in later years experienced smaller or comparable savings on claims. The study also found that the AQC improved the quality of patient care across several measures compared to New England and national averages, including those managing chronic conditions like diabetes and high blood pressure.

"The study suggests that the AQC has helped motivate changes in the delivery of care over its first 8 years," said Zirui Song, MD, PhD, assistant professor of health care policy and medicine at Harvard Medical School and Massachusetts General Hospital, and the study's leading researcher. "It has helped change the rates that physicians order tests and some imaging modalities, the rates of emergency department admissions, and the management of chronic conditions, as demonstrated through several aspects of care quality compared to regional and national averages over this time period."

The AQC was introduced by Blue Cross in 2009 and changed a century-old medical reimbursement system from one based primarily on fee-for-service for doctor visits, tests and hospital admissions to one based on the quality of care, health outcomes and patient satisfaction. By linking financial incentives to clinical quality, patient outcomes and overall resource use, the AQC is designed to moderate cost growth, while producing significant improvements in the quality of patient care.

Physicians and hospitals that adopt the AQC agree to take responsibility for the full continuum of care received by their patients, regardless of where the care is provided. Today, more than 80 percent of the physicians and hospitals in the Blue Cross network participate in the AQC. Nationwide, Blue Cross Blue Shield plans are leaders in payment innovation, transforming health care delivery through value-based models like the AQC. More than 74 million Blue Cross Blue Shield members are part of payment programs that support and reward care coordination, appropriate utilization and health outcomes.

"This independent and rigorous evaluation of eight years of data demonstrates that the AQC is achieving its twin goals of lower costs and better care for our members," said Andrew Dreyfus, president and CEO of Blue Cross. "These impressive results would not have been possible without the incredible effort, commitment and leadership of our physician and hospital partners."

Combined with earlier evaluations of the AQC, the researchers also found that savings on claims, which were initially smaller than incentive payments to the provider groups during the early years of the AQC, began to exceed incentive payments to generate net savings starting at around year 4. Moreover, the AQC was associated with an improved quality of care in a fairly sustained way, starting as early as the first year of the payment model through the 8 year study period.

"The continued success of the AQC reflects the commitment of the participating physicians and hospitals to redesign the way they deliver care to emphasize quality and efficiency," said Dreyfus. "Our partnership provides strong evidence that global budget models like the AQC can lead to significant quality improvements and cost savings."

About Blue Cross Blue Shield of Massachusetts
Blue Cross Blue Shield of Massachusetts (bluecrossma.com) is a community-focused, tax-paying, not-for-profit health plan headquartered in Boston. We are committed to the relentless pursuit of quality, affordable health care with an unparalleled consumer experience. Consistent with our promise to always put our members first, we are rated among the nation's best health plans for member satisfaction and quality. Connect with us on Facebook, Twitter, YouTube, and LinkedIn.

About the AQC
Launched in 2009, the AQC is an innovative way to pay for care that focuses on promoting quality and rewards positive health outcomes. It is a crucial component of Blue Cross' mission to make quality health care affordable for members and employer customers, and it is the predominant contract model for Blue Cross and its network physicians and hospitals. The alternative payment model fosters shared responsibility for both improving care and slowing health care cost increases. The AQC now includes more than 80 percent of the physicians and hospitals in the Blue Cross network. Currently one of the largest private payment reform innovations in the United States, the AQC has become a model for state and national policymakers. Read more about the AQC. 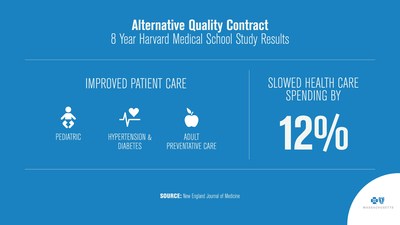 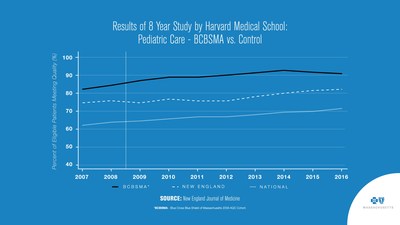 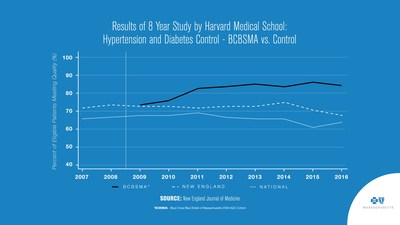 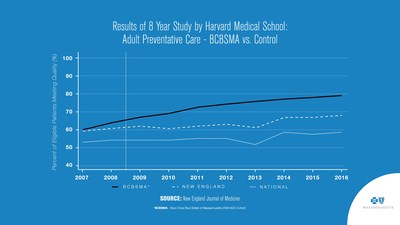